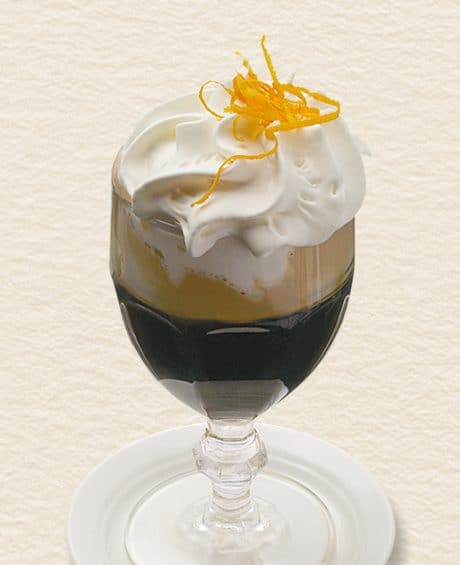 First a bit of history:

According to local lore, the origin of the Viennese coffee house can be traced back to the end of the Turkish siege of Vienna.

There are always rumors and legends surrounding some of history’s most significant occurrences.

To carry an urgent message to Charles of Lorraine, Georg Franz Kolschitzky, disguised as a Turk, breached Turkish enemy lines.

He was lavishly rewarded for his courageous deed. With a parcel of land, a trading permit, and war loot from the Turks, he began construction. Sacks of the enigmatic dark beans were among the items found there.

As a result of Kolschitzky’s foresight, the first Viennese coffee establishment was constructed in Vienna near St. Stephen’s Cathedral. As far as we can remember, this is how the story goes.

It was actually formed by Armenian spy Deodato, who was a member of the Austrian secret service.

Deodato, a mystery servant of the Viennese court, was well-versed in the preparation of the black beans because of his origins in the region. Another myth about Kolschitzky is that he was the first to combine coffee with milk and sugar – however, this is not true.

Anyone who invented this notion was responsible for making coffee so popular in Vienna and establishing the coffeehouse as a cultural institution in the city.

The Vienna coffee house is not just a place to get coffee. It’s a Viennese institution, and there’s nowhere quite like it.

The coffee house has been a part of the Viennese culture for centuries, and it’s still going strong today. There are over 1,000 coffee houses in Vienna, and they’re all unique.

What makes a coffee house in Vienna so special? First of all, it’s the atmosphere. The coffee houses are usually cozy and intimate, with plenty of comfortable seating and a relaxed vibe. You can sit and chat with friends for hours, and the waiters won’t rush you.

The coffee is also excellent. There are all sorts of different coffees to try, from the classic Viennese coffee to more unusual flavours. And if you’re feeling adventurous, you can even try a “Fiaker,” a black coffee with rum. Below you will find a few you probably haven’t heard of yet.

Of course, the coffee houses wouldn’t be complete without their famously grumpy waiters. They might not be the friendliest, but they add to the charm.

So if you’re ever in Vienna, be sure to visit a coffee house. It’s an experience you won’t forget.

Make sure to ask your guide on our free tour to give you some insider tips for coffee houses that are not in the guidebook.

A double mocha chilled with ice cubes and spiked with maraschino, served in a glass.

A double mocha with a dash of orange liqueur and whipped cream, served in a glass.

A double mocha with whipped cream.

A mocha served hot with a little rum.

A melange with whipped cream – instead of milk foam topping.

A mocha infused with hot milk and milk foam topping, served in a small cup.

A mocha with whipped cream on top, served in a single-stemmed glass, with powdered sugar on the side.

A mocha with a lot of milk, a light milk coffee.

A mocha in a large cup infused with hot water.